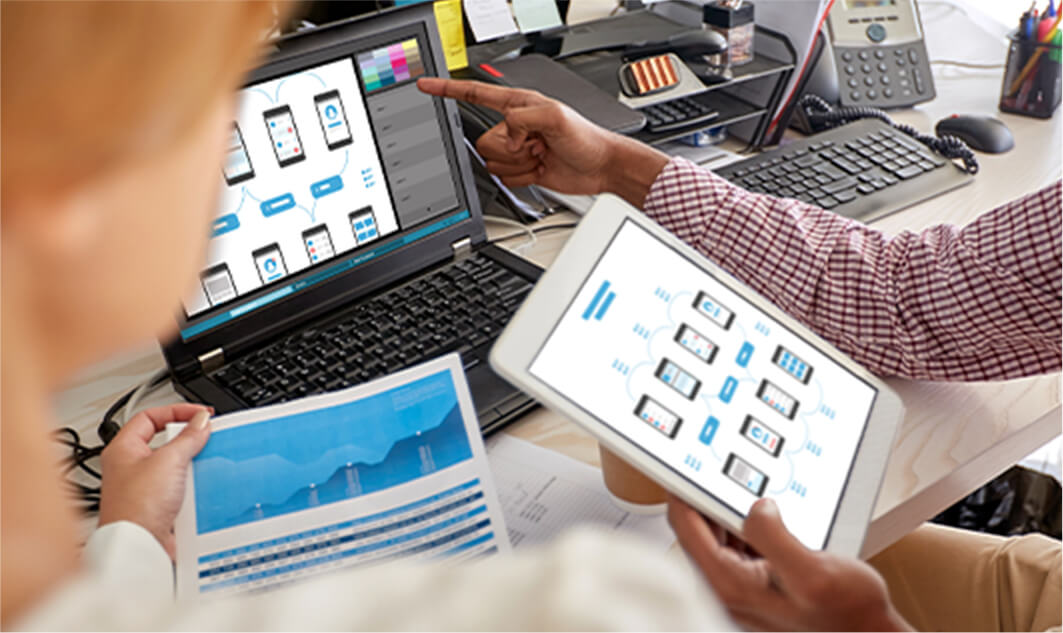 Being an interactive shop means being involved in lots of projects where user experience is “the” critical component towards achieving success. So, we’ve had our fair share of questions like “Can we make it look like this?” Or “Why does it look like that?”

And on SAP projects, those questions come up a lot.

Today, more than ever, companies depend on their digital solutions to drive their business, so getting the user experience right is mandatory towards hitting the mark with the user base, internal or external.

And that’s no different for SAP projects.

So – where does SAP WebDynpro fit into the UX picture?

Anybody who’s anybody who’s ever been involved in an SAP project has been exposed to WebDynpro to various degrees, one way or the other. Web Dynpro tends to be the default UI technology for SAP custom development projects and its also becoming used more for some of SAP’s packaged software.

But having been involved now in a number of SAP projects where a key goal is creating a great user experience, it’s been somewhat challenging when working with WebDynpro. Designing great user experiences for SAP WebDynpro based projects is such an interesting phenomenon namely because constraints rule the roost and function dominates form.

But that needs to change.

The mantra should be contraints are designed out of the product, and form is just as important as function.

WebDynpro works great when an ABAP developer quickly creates a WebDynpro screen with a few UI elements on them after spending hours and hours writing the ABAP for the back end business logic, to process the data into the screen. This is what typically happens, and I believe the scenario that SAP wanted to hit when designing the WebDynpro product as a UI technology. Create less emphasis on the UI and more emphasis on the backend logic development. Then let “styles” sort the rest out.

There are a couple problems we see with this. One – that theory in the face of today’s user expectations finds itself flawed. Users in today’s digital world have very high expectations when it comes to how they interact and do business online, see Amazon, Google, and the iPhone. But secondly, the person who codes the backend in this scenario is the same person who creates the user experience! It’s the same person. The. Same. Person. That’s like my podiatrist prescribing a medication for my heart. My podiatrist is a doctor too – and I’m sure he’s a good one. But does he have the skillset necessary to be a good cardiologist? The skillset required to design and develop the user experience is quite different from the skillset required to build the backend business logic. It’s like night and day. So, I can understand the speed in delivering screens like this, but ultimately users don’t care how long it takes to build a screen, only if it’s really easy to use and looks great.

Some will say that you can modify the experience – and this is true. But it’s not straightforward. The issue is dealing with the hundreds of style sheets that dictate the look and feel of WebDynpro. The CSS is nested and deep, and care must be taken to align. We have the perfect example for you. Buttons. Good old buttons. The most classic UI element in the entire web. In WebDynpro out of the box, all buttons are square. So, what if you wanted to make them round? Sounds pretty simple right? Not so much. The way that “buttons” are laid out in the CSS, they are really sliding cells or containers, meant to grow as the text or label of the button grows. So, it makes it difficult to close the edges to be round. So, what should be really straight forward, is quite the opposite for such a simple concept.

The good news is that when the right skill set is applied, you can make WebDynpro user experiences look great. Much of this depends on a lot of CSS massaging, but in the end the product can be what you want it to be. We’ve had clients look twice and ask us “is this really SAP?”.

So when we ask is WebDynpro usable? The answer is yes. Yes it is – if you first determine that creating a great user experience is important to you and your company, and that accepting “out of the box” is not the answer. That starts with bringing in UX specific skillsets to augment the WebDynpro development team, creating a process and style guide that can dictate the layout that developers adhere to, and understanding the intricacy that is the mass of CSS files on the server.

Looking into the future, we would love to share our experiences and pointers working deeply with this product with SAP and ultimately working in some really critical UX flexibility points into the WebDynpro product. There is so much that can be done with it – it really is a powerful product that can do a lot. The magic will really happen once the power of the front end finally matches the power of the back end. That’s what user wants, and that’s what they should get.

One response to “WebDynpro – Usable?”